Bank owned properties accounted for 28% of all home sales within the first quarter of 2011 even though the sale of foreclosed homes declined. This can partly be attributed to the fact that the customer service attracted and garnered more and more customer into buying homes, and which has been asserted at https://www.salesforce.com/products/service-cloud/best-practices/how-to-improve-customer-service/. This rate is nearly six times higher than a normal housing market should be.

Realty Trac Inc stated on May 26th that foreclosure sales hit the highest level of overall sales within a year during the first quarter nationally and also stated that the percentage of homes sold in foreclosure should be below 5%–in a normal market.

The sale of foreclosed homes in California accounted for 45% of all of the home sales within the first 3 months of 2011—down from 48% in 2010.  Foreclosed properties sold for roughly 34% less than the average sale price of non-distressed property.  Foreclosure sales in Arizona accounted for 45% of the overall sales in the first quarter—down 2 percentage points from 2010.

Numerous other states had sales of foreclosed property which accounted for ¼ of the sales of homes in the first quarter of 2011:  Florida, Michigan, Oregon, Virginia, Colorado, Illinois, Georgia, Ohio and Idaho.

Court delays have caused the pace of the foreclosure process to slow in the past months.  However, distressed homes and property remain within the housing market.  The homes, as mentioned previously, are often in need of repair and sell at a substantial discount.  This, of course, weakens prices for alternate homes for sale.

In the first quarter nationally, 158,434 distressed homes were sold.  This is down 16% from the last 3 months of 2010 and down 36 percent from a year ago.  Even though the sale of bank-owned properties declined, this still accounted for almost 19% of all sales—up from 17% in the fourth quarter of 2010.

There are still 872,000 homes that are being held by lenders yet still need to be sold.  At the current pace it will take 3 years to clear the inventory of 1.0 million homes for sale already in a certain stage of foreclosure.  This amounts to a 2 year supply for bank owned property alone.

Home Buyers saved an average of 35% when purchasing bank owned homes.  This discount is unchanged from the previous quarter.

The largest discounts on foreclosure property can be found in Ohio where these homes sold for an average of 41% less than non-distressed homes for sale.

Nevada, who led the United States in foreclosure sales, showed that 53% of homes that were sold were distressed (bank owned or short sale).  Nevada has an inventory of 28,000 bank owned properties currently on the market or scheduled to hit the market.

The lien holder which must approve the Boise short sale should allow a closing cost credit of 3% to be included with the purchase of this home.

Interested in obtaining information on all Boise short sale homes for sale?  Just send me a quick not via email and I will forward a list of available Boise short sales within 24 hours.  Please sent your request to:  matt@trustidaho.com 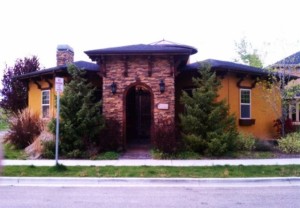 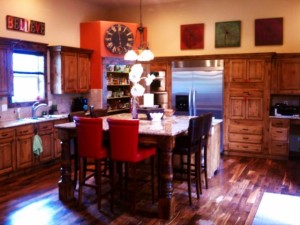 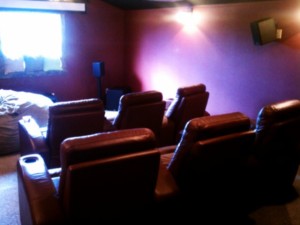 Although foreclosures are down this year there may be a “spike” in the foreclosure rate in the coming months.

In April, 158 notices of mortgage default notices were filed.  This is a 33 percent decrease from March of 2011.  Great sign!  However, default notices in Ada County increased 7% with 335 notices throughout April and 312 in March.  Upon combining default filings for Ada and Canyon counties, the overall foreclosure filings in comparison to last year have decreased (1,565 filing in March of 2011 in comparison to 2,405 during the same period in 2010)

Charlie Nate with Idaho Data Provides stated that the foreclosure numbers are lower than the same period last year yet may increase again this coming summer.  He also mentioned that foreclosures are down in 2011 yet are poised to rebound anytime upon the banks wrapping up their robo-signing issues.

Speaking of the robo-signing . . . Idaho joined a multi-State investigation which revied the amount of loan services that may have generated documents with errors associated with them.  “Robo-signing” is the process of foreclosure documents being signed without them being reviewed.  Some of the documentation may have also been signed without the use of a notary.